The corona pandemic has caused the whole world to be on hold and people are faced with a seemingly never-ending lockdown. Many people were forced to close their businesses, and governments issued stimulus checks (helicopter money) that helped the people continue with their daily lives. The corona aid packages, however, also led to an unprecedented monetary expansion that may have dramatic consequences in the near future.

The era of loose money printing goes back to 1971 when Richard Nixon removed the gold standard. The gold standard kept central banks in check, as every US dollar had to be backed by gold. One ounce of gold was equal to 35 US dollars. With the removal of the gold standard, the money printing frenzy had begun, and over time the money supply grew faster than the value of the produced goods and services. The monetary expansion set the cornerstone for the financial crash in 2008. The response to the financial crisis in 2008, however, was to print more money, displacing the underlying problems of our financial system further into the future.

Now, during the corona pandemic, we have reached a new and historic money printing climax. Neel Kashkari, president of the Federal Reserve Bank said in March 2020: „There is an infinite amount of cash in the Federal Reserve“. At the same time the economy is being crushed by the global lockdown measurements. 22 % of all circulating US dollars were printed in 2020. However, most of the money did not end up with the people in need, instead it ended up in the pockets of the wealthiest people in the world. In 2020, we saw a historical shift of wealth towards the super rich and on the other hand a historical accumulation of debts. Debts that our governments will enforce upon us and our future generations in the form of rising taxes, and dispossessions. On top of that, we will have to deal with the decreasing purchasing power of our fiat currencies.

The problem is: with our current financial system there is no going back. When the money supply is expanded without any real counter value, money losses its purchasing power. An increasing inflation is on the horizon, possibly a hyperinflation that will destroy our economy, and our savings. Inflation is a suitable tool to cover up responsibilities, and the corona pandemic is now being cleverly used as a scapegoat for the numerous wrong decisions, made by politicians and the financial elite long before the corona pandemic has started. Everything can now be blamed on the corona pandemic.

So, how can we protect ourselves from inflation and a crashing economy?

The answer is: invest in limited assets like gold, silver and other rare goods. Limited assets preserve their value, fiat money looses its value. A new and promising asset is bitcoin, and as Paul Tudor Jones put it: „Bitcoin is the fastest horse in the race“. Bitcoin is decentral, unconfiscatable and with bitcoin there is no money creation monopoly. Whereas 75% of all circulating US dollars were printed after the launch of bitcoin in 2009, the bitcoin supply is mathematically limited to 21 million bitcoins. The supply of bitcoin has a harder limit than gold and is an ideal hedge against inflation. With apps like strike bitcoin can now be sent instantly around the world at no to very little costs. Intermediate parties that used to control and profit from money transactions become obsolete.

Bitcoin has a huge potential to disrupt the financial system that is responsible for the rising economic inequalities in our world. Even though the price of bitcoin is volatile, the more people will participate, the more valuable and steady its price will become. When bitcoin was launched, one bitcoin cost 0.0008 US Dollars. Today, on the 26th of January 2021 one bitcoin costs 32.100 US dollars. Despite the volatility of bitcoin, fiat currencies are clearly in a hyperinflationary collapse against bitcoin.

Bitcoin is not only interesting as a store of value, but also as a currency for international payments. Certainly, it is also greed that drives people and institutions into Bitcoin. Many have made huge profits with small investments and the prospects today are extremely promising. Max Keiser has put it this way: „It’s a magical kind of metamorphosis that turns greed into altruism. Bitcoin attracts a lot of greedy people that want to make money trading on bitcoin. But as they are doing so, they are defunding central banks, they are defunding fiat money, they are defunding the nation state. So it’s a very interesting technology that turns greed into the hardest money ever known in human history. We need the greedy folks. People come for the greed, and they stay for the revolution.“ Bitcoin is shaking the foundations of the financial system, and the potential of Bitcoin has not gone unnoticed by the major financial institutions. More and more institutions want to get a piece of the pie.

Be prepared for psychological warfare

After the incredible bullrun in the final weeks of 2020, where the bitcoin price by far exceeded its previous all-time-high of 19,860 US dollars in 2017, a price correction set in on January 11th, 2021. The statistics of the wallet balances show that it were big investors who bought up the dip from the “weak hands” during this correction. Unlike Michael Saylor, who openly and fully embraces bitcoin, many large investors want to scare you out of bitcoin, to buy the dips themselves. In 2017, James Dimon, executive of JP Morgan called bitcoin a fraud and said that he would fire any of his employees that dare to trade the digital currency. After his public statement the bitcoin price crashed by 24%, and guess who was the biggest buyer during that crash: It was Morgan Stanley and JP Morgan. In January 2018, George Soros called bitcoin a bubble. Following his statement the price of bitcoin dropped by 44%. Two months later it became public that his family office is now trading the digital currency. On January 10th 2021, HSBC and other UK based banks announced that they will ban transactions from and to cryptocurrency trading platforms. The head of the ECB, Christine Lagarde recently called Bitcoin a highly speculative asset that led to reprehensible acts and money laundering, and called for uniform regulations worldwide. Expect more “bad” news to follow this year. Be prepared for the psychological warfare, because large hedge funds, investors, institutions and banks are just waiting to get the bitcoins off your hands. Even Black Rock the biggest investment management corporation in the world is now investing in bitcoin.

Get your bitcoins out of circulation, and off the trading platforms, secure them on a hardware wallet and buy the dips yourself. According to many analysts, the Bitcoin price will exceed $100,000 in the near future, and a bitcoin price of one million US dollars is also quite realistic. While the financial elite talks about The Great Reset, bitcoin steers you through stormy wheather, and makes you a winner in times of crisis. Jump on the bandwagon before the whales do and HODL!

(legal disclaimer: this is my personal opinion, and not financial advice) 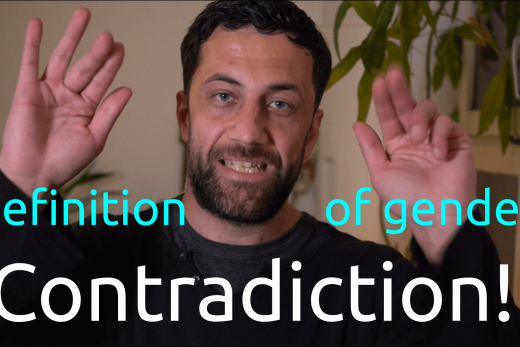 The Definition of Gender – a debate in the German Bundestag 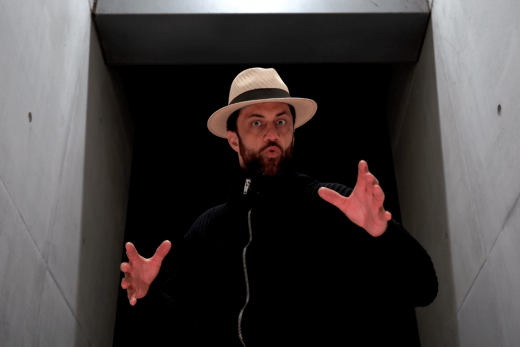 It’s Going Down – The World In Lockdown Mode

Get our news! We’ll carefully hand-pick them for you.