Today I saw a video of a debate in the German Bundestag concerning the definition of gender. The Greens advocate for women’s quotas. Quotas for biological women to be more precise. At the same time they demand that gender identity can be freely determined. In itself this is nothing new and a contradiction can already be seen here, but let’s go into this in more detail.

Before I show you the video, I would like to go deeper into what the Greens are calling for. They want gender identity not to be ignored. A biological man who identifies himself as a woman or a biological woman who identifies herself as a man should be allowed to do this. Ok fair enough, in my opinion nothing speaks against it. Every person is free to identify with whatever they want identify themselves with. The Greens especially want to minimize the bureaucratic hurdles for trans people to change their gender. On the website of the Greens, it says:

We want to simplify the process for changing first names and correcting the gender entry significantly and only make it dependent on the subjective perception of his/her gender of the applicant. Transgender cannot be diagnosed, only the person making the application can ultimately provide information about their gender identity. There is also no appeal to a court. The application must be submitted to the registry offices so that the correction can be carried out unbureaucratically as part of an administrative act.

A major focus of the Self-Determination Act is also the reform of the prohibition of disclosure – i.e. the prohibition to ignore the new gender identity or to focus on the old identity… Our draft law now provides for a criminal offense in the event of willful or negligent refusal.

Boris Palmer, himself a member of the Greens, dared to misgender Maike Pfuderer, deputy spokeswoman for the Federal Working Group on Lesbian Politics. He called her a trans person. Maike Pfuderer subsequently announced to file charges against him. Maike Pfuderer, biologically a man, defines herself as a lesbian woman today, and uhps I might just have moved on legally risky territory with this statement.

Beatrix von Storch: In the whole debate about increasing the quota of women, which you all support here, especially the Greens, I would like to remind you that you also want the law on transsexuals to be replaced with the law on self-determination. Everyone should be able to define their own gender, so I ask you whether the quota for women can also be met by men who define themselves as women? Is that perhaps a way to meet the women’s quota of 50%? If men define themselves as women according to your self-determination law, is that possibly a way out of this oh-so-great crisis?

Wolfgang Kubicki: Colleague, you have 2 minutes to react.

Britta Haßelmann: Thank you very much Mr. President, I don’t need 2 minutes. Dear colleagues, if there was any need to prove my thesis that with the arrival of the AFD, anti-feminism, sexism, homophobia, discrimination and group-related misanthropy came into this house, then please have a look at Ms. Von Storchs speech, ladies and gentlemen.

Yes, the question was asked by Beatrix von Storch from the AFD. This, however, does not change the fact that this question is justified, and above all, important. If subjective gender identity is to be decisive, then I ask myself how you can justify a women’s quotas for biological women only, or does this quota include trans women? Are trans people in this respect discriminated against by the Greens? Why can equality officers only be biological women and not men nor biological men who define themselves as women? Are the Greens here a little backwards? And on the other hand, I wonder if biological women are waiting for trans women to use the women’s bathroom, trans women who may be lesbian? Is it fair that trans women are now competing with biological women in women’s sports? In full contact MMA, women have to fight against biological men who define themselves as women, with serious injuries as a result.

I think one has to think through the concepts of gender equality before you want to change the legislation here. Therefore, the Greens should be able to answer these questions conclusively. 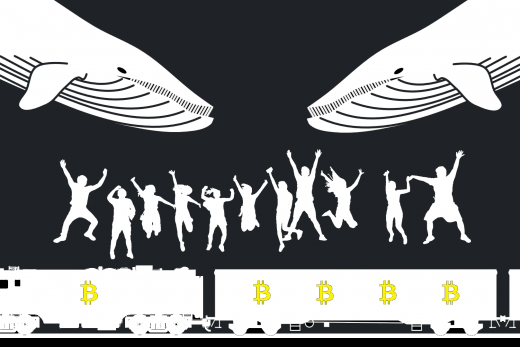 Bitcoin NOW – Jump on the bandwagon before the whales do

It’s Going Down – The World In Lockdown Mode

Get our news! We’ll carefully hand-pick them for you.